Ok. Mercy. Writing a blog takes a certain discipline that, it turns out, I don’t have. That’s not to say I’m bad at managing my time as a freelance writer. I’m pretty good at that, if I do say so myself, and busy typing and writing for other magazines who pay me. But this nonpaying photo blog-like ambition of mine constantly gets pushed to the back burner.

Rather than try to catch you up month-by-month, I hereby give you this mega-post on where I’ve been since the last posting in October of 2012. It’s been an especially busy winter and spring for me. One assignment alone took me on a memorable 3-week spin around the world with stops in L.A., Hawaii, Bora Bora, Sydney, Uluru, Bali, Chaing Mai, Bombay, Agra, Budapest and London. In addition to that insanely epic journey, I’ve embarked on dozens of other trips, including cozy Swiss weekends in Davos, Basel, and Appenzell; short (and at times, Schengen Visa forced) hops to Paris, Milan, Baku, Norway, London, Munich, Amsterdam, Glasgow, and Stuttgart; I visited three distinct corners of my native U.S.A on three separate trips since October 2012—N.Y.C., Miami, and L.A. with side trips to Philly, Orlando, Ponce Inlet, FL, Georgia, and utterly gorgeous, green, compelling, and ever-changing Santa Barbara. I’ve endured massive long haul journeys to China (Shanghai, Beijing and Guanzhou), Japan (Tokyo, Kyoto, Chiba, Karuizawa, Aso, and Yakushima), Ecuador (Quito Quevedo, Mashpi, Pappalacta, and Santa Rita, and I head to Tahiti next week, which is my last big trip of the season. Did I forget and/or misspell anything? Probably.

If all of that weren’t enough, I somehow managed to turn 40, get married, and move/change my legal residency from the U.S. to Switzerland too. For anyone who thinks this job is an endless vacation, think again. 2012/13 was the most difficult, expensive, cathartic and life-changing year of my life. But also its most rewarding! I’ve met so many fascinating people along the way, made some really fantastic new friends, and fallen in love with a whole new crop of destinations. “Don’t you get tired of traveling?” people often ask me. I usually reply yes, and even kvetch a little about the personal sacrifices we travel writers have to make just to make the askers of such questions feel less crummy about their pent-up cubicle jobs. But the real answer is “Never! I love my job more than ever!” It may not be an endless vacation, but it is an endless education and my pre-conceived notions about people and places are constantly evolving, being challenged and shaped and reshaped and then reshaped again. I’m 40 now and I’ve traveled to about 70 countries in 40 years, but I feel like I’ve only begun to see the world. It’s all been a mere flirt. I’m now ready for a second date.

All that said, I’m really looking forward to a summer of staying put here in Europe and hiking, bird-watching, and wildflower admiring its pristine mountains, doing some vineyard e-biking, and swimming in every body of crystal clear water I can find. Maybe I’ll even have time to update this thing. But don’t hold your breath.

Below are some photo highlights of the past eight months. Thanks for reading! —Adam 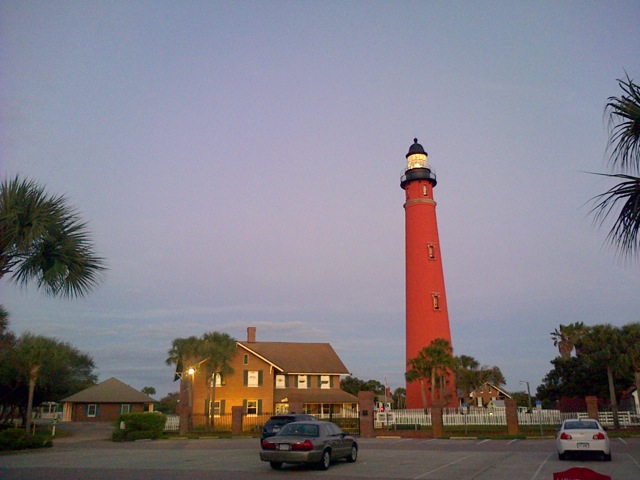 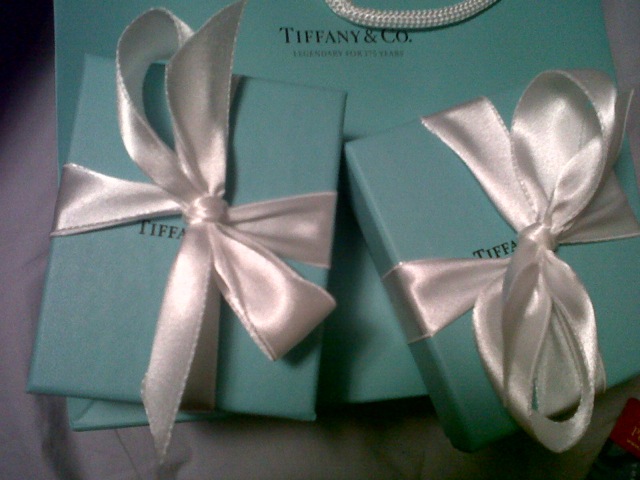 Married at 40! Picked up rings in N.Y.C. in November, and got hitched to Ralph Meury in Zürich in February 2013. 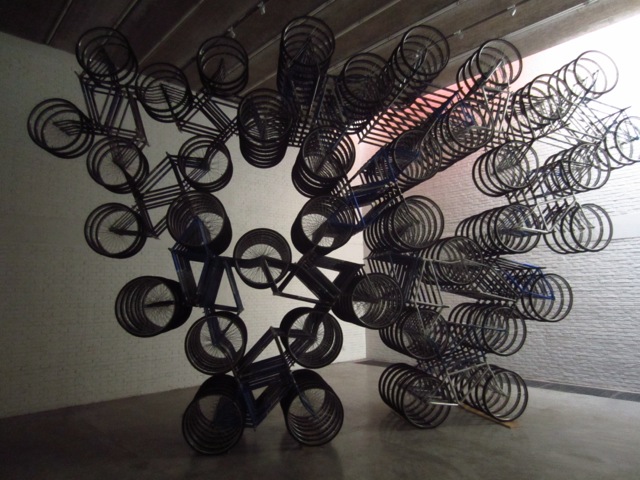 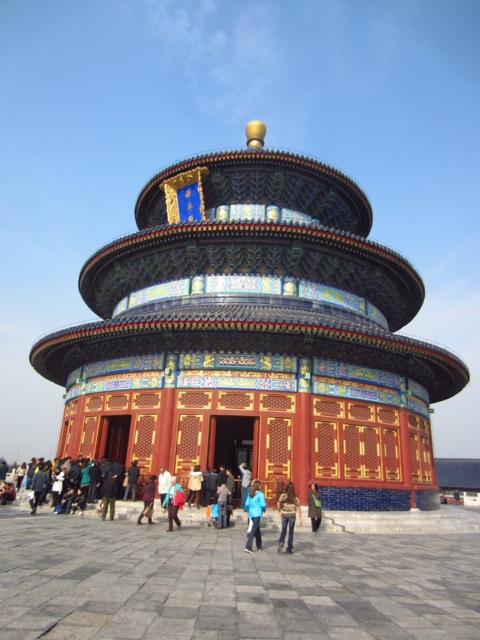 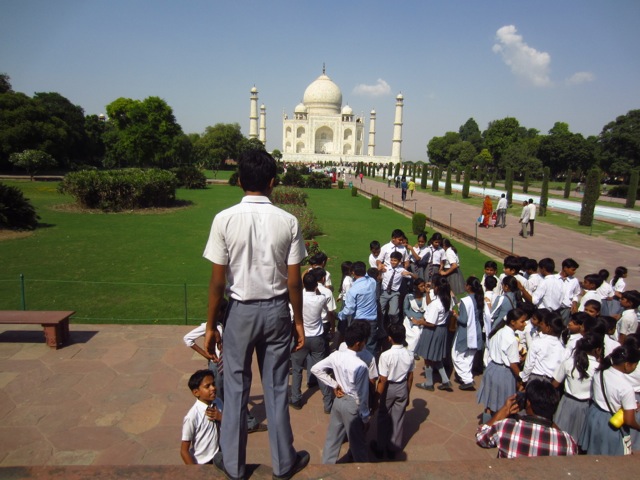 I thought it would be overrated but it’s not! The Taj Mahal lives up to its reputation as a spectacular must-see piece of art. October 2012 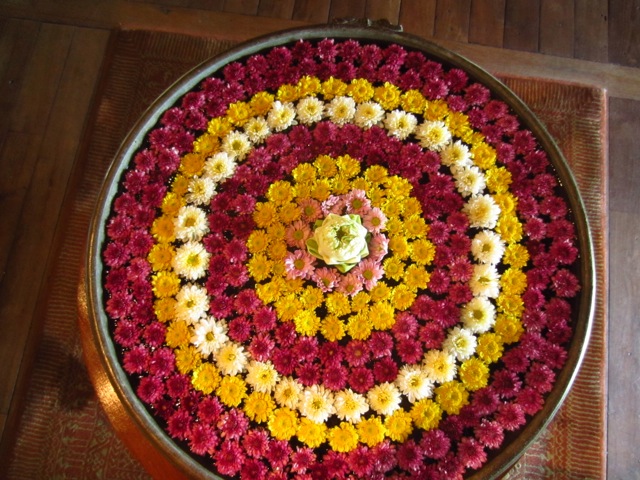 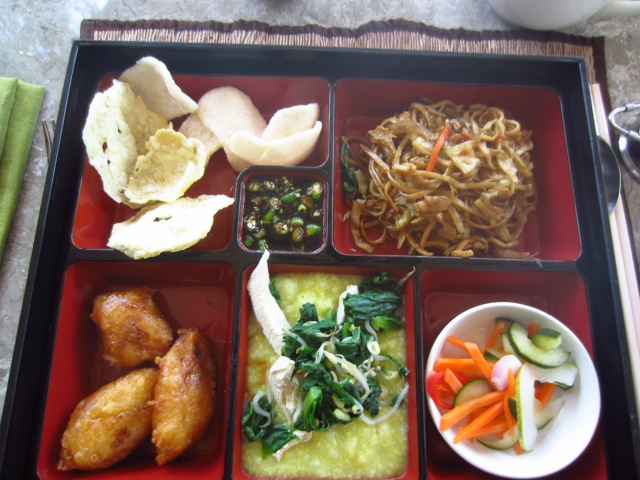 One of my top five meals of 2012: The Indonesian Bento Box at the Four Seasons, Bali Sayan, Indonesia. What’s in it? Bubur ayam is a creamy but stiff, congee-like rice porridge. It is golden, flecked with ginger, and topped with shredded chicken, chilli, crispy shallots, soy and spring onions. Beside it comes a box of palate-cooling, acar-pickled cucumber; red chilli; and shallots, all sweetened with simple syrup. All of these things are ideal for folding into the smooth bubur ayam.

Also on display is a nest of mocha-coloured egg noodles and vegetables wok-fried in sesame oil. This is Indonesia’s iconic dish called mie goreng. It is ubiquitous and delicious. Another box holds a small stack of krupuk, slightly greasy shrimp crackers, which soften the sting of Bali’s bracingly hot chillies. If your mouth is still aflame, as mine was, cool it off with a toothsome trio of fried banana chunks oozing out of a crispy cake-and-rice-flour shell. No spices, no fancy menu adjectives or haughty concepts to describe it, just the deep, sweet flavour of hand-peeled bananas. 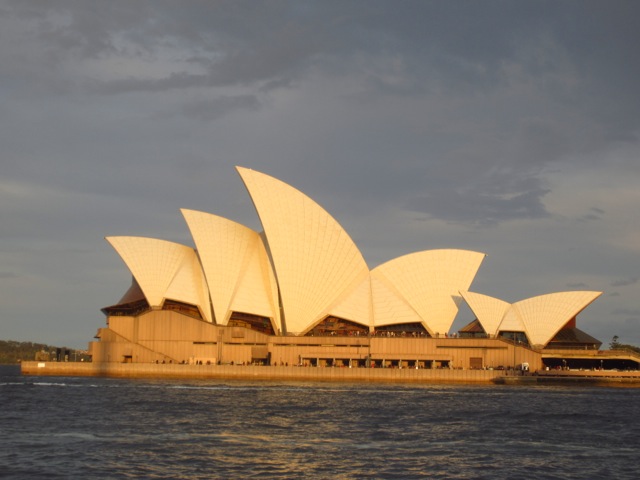 Sydney’s new world open-minded culture surpised me. I didn’t expect to love it as much as I did. 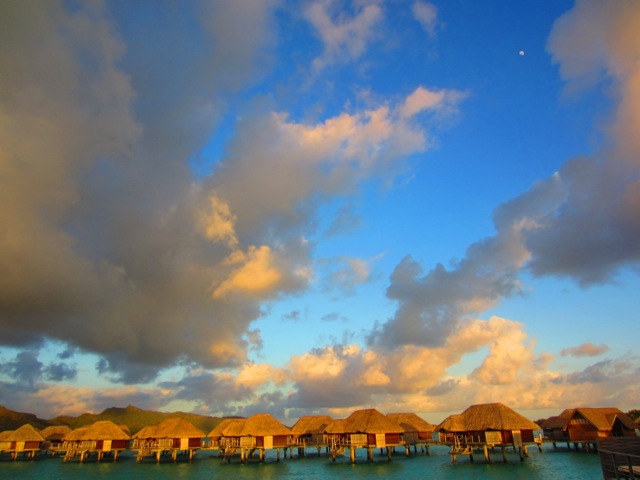 It’s hard not to love Bora Bora, but the experience was much more sensual than I thought it would be. Those blazing sky and sea colors are seared into my brain for life. 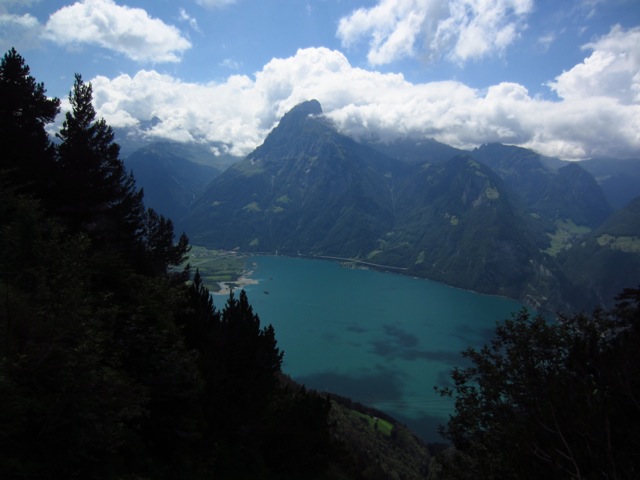 After hiking around the Alps of Vierwaldstättersee for a few years, I finally plunged into its icy turquoise waters. 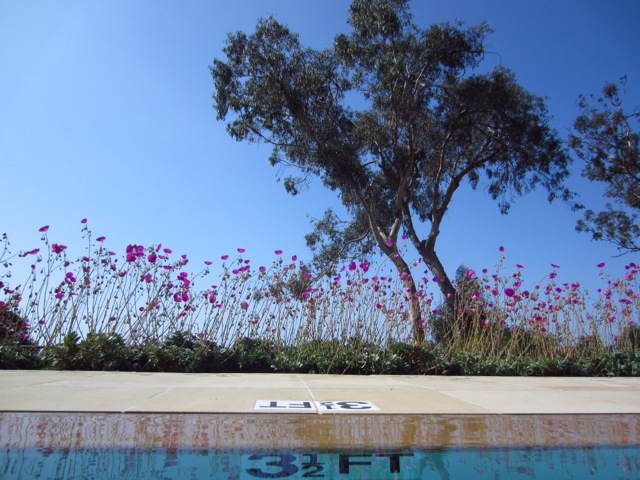 I’m pretty nomadic, and not exactly sure what terms like “home” and “homesick” mean. But a April 2013 stay in my former homestate of California elicited serious pangs of homesickness. Here, Santa Barbara offs up some of its best elements: poppies, eucalyptus tree shade, sunshine and a pool. 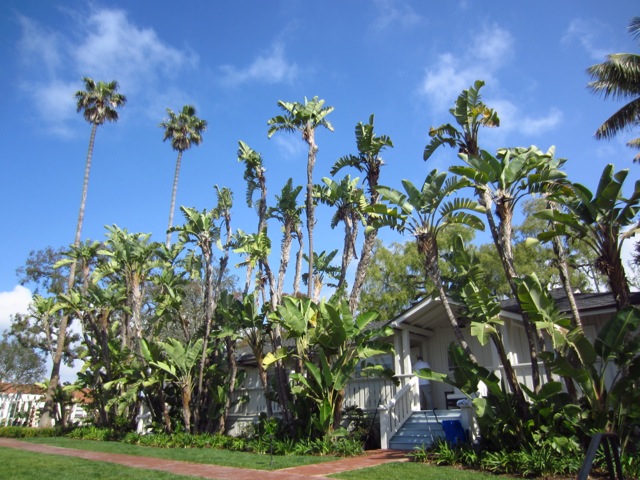 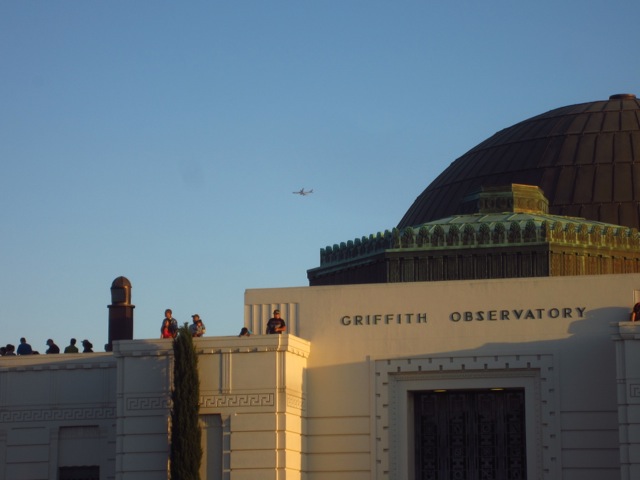 A favorite L.A. spot and where Rebel Without a Cause was filmed: Griffith Observatory. It never gets old up there for me. “Once you been up there you know you’ve been someplace.” —Jim Stark (James Dean) in Rebel… 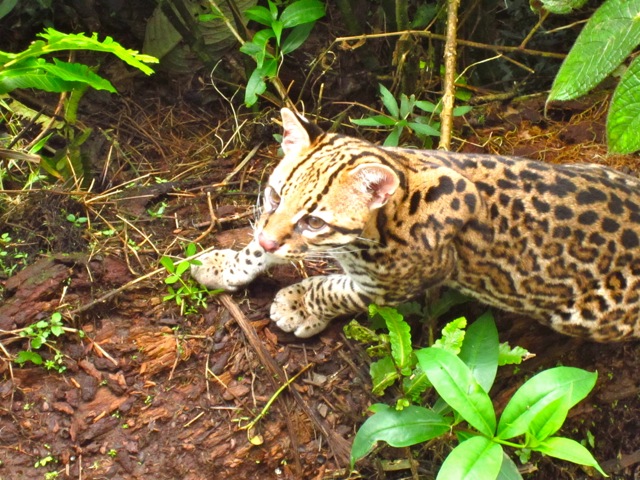 While hiking to the Life Center at the newly opened Mashpi Lodge in Ecuador in April 2013, this orphaned ocelot showed up trailside and stole our hearts. 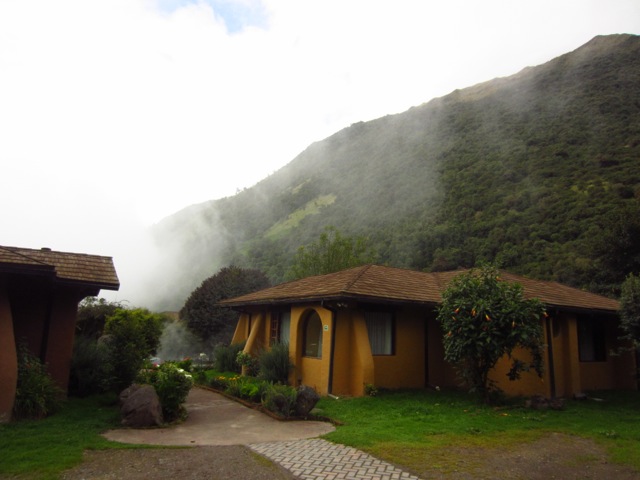 In the lush misty cloud forests an hour outside of Quito, this quiet affordable property, Pappalacta Termas, offers a series of tranquil and natural hot baths where I experienced an especially violet twilight. 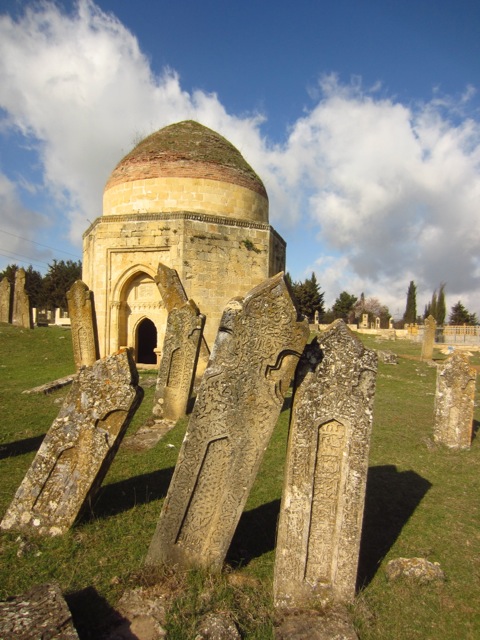 A decrepit and forlorn graveyard en route to Sheki, Azerbaijan. 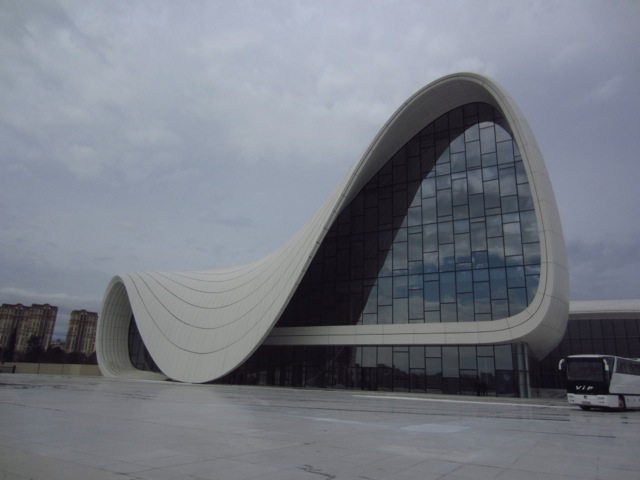 I’ve seen three Zaha Hadid projects this year— in Glasgow, Guanzhou and Baku. The Baku project is by far my favorite and the most incredible of the three. 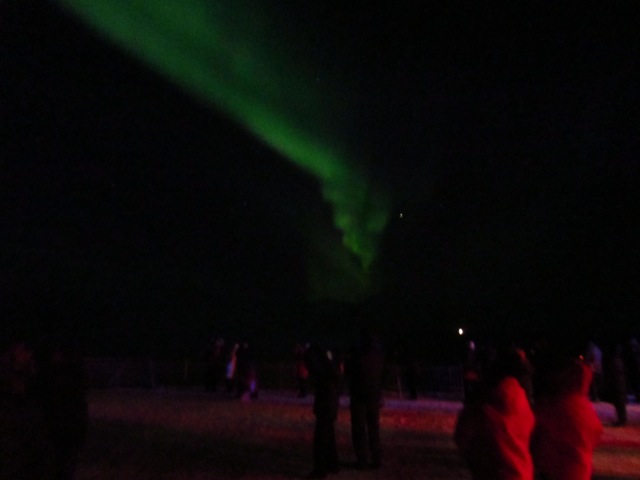 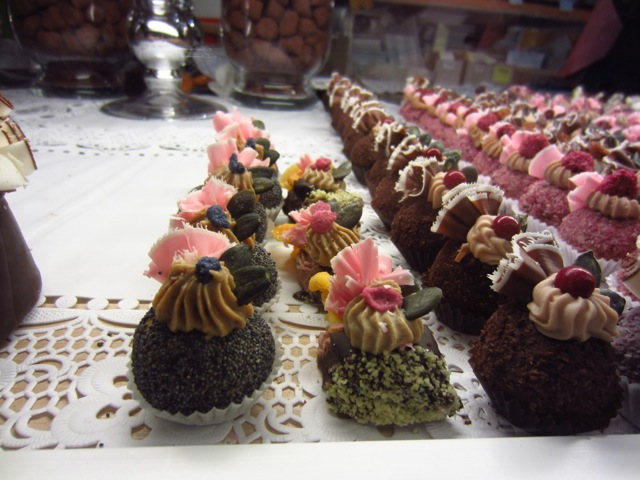 This little chocotale shop is hidden on a side street behind Munich’s Viktuelmarkt. It’s called Sama Sama and is home to many intricate and beautiful pastel flower-fondant adorned chocolates. 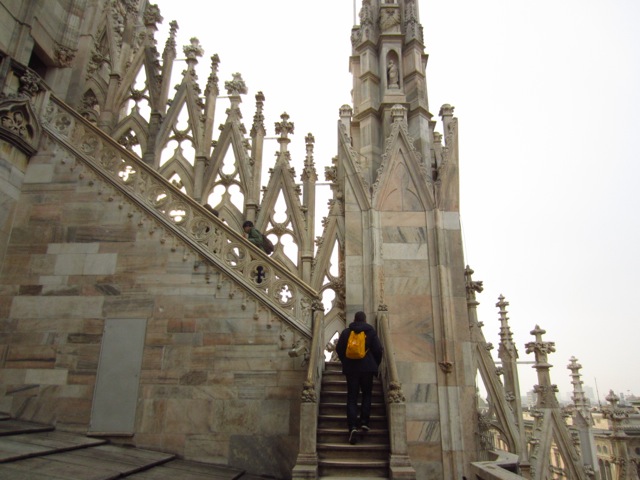 My then-new husband Ralph burning off calories from our rich boozey lunch at La Loteria (one of our absolute favorite hidden gem restuarants) and also chanelling Tilda Swinton in the incredible film I Am Love atop Milano’s fantastic, surreal and only-in-Italy Duomo. “Happy is a word that makes one sad,” quote from I Am Love. 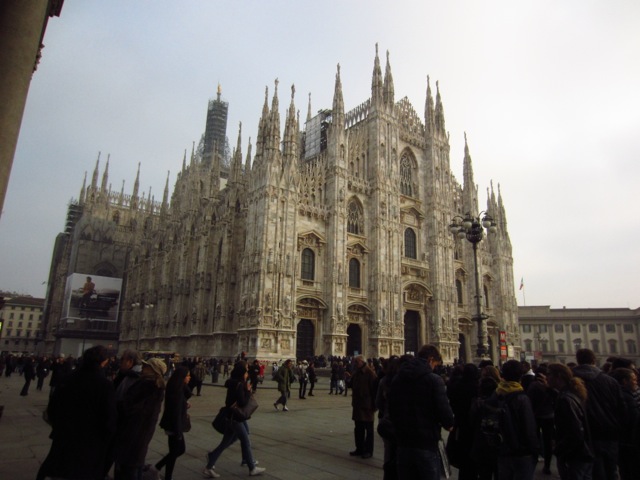 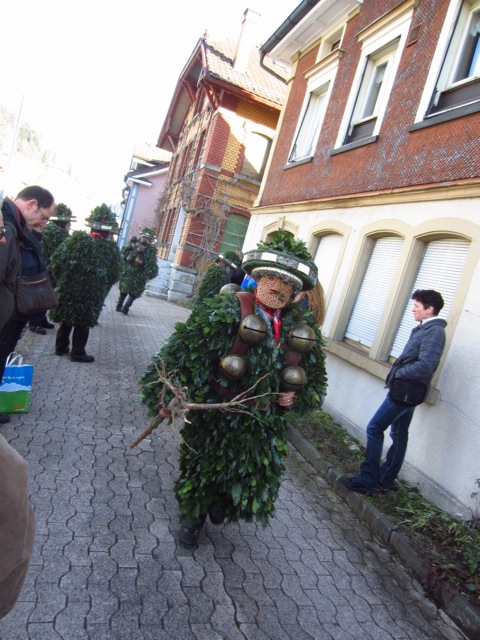 My favorite corner of Switzerland is Appenzell and Appenzell’s Silvesterchlausen is a most unusual and bizarre New Year’s Eve Pagan based ritual. Pictured is a “mummer” and mummers come in three different flavors, nature, good, and bad. They wander around the town of Urnäsch and sing and yodel and chant all night and day. The experience is eerie and beautiful and sad. All the mummers’ costumes are made entirely from natural resources, so there are no leftover plastic beads and glitter. The only thing worse than a festival is festival detritus. 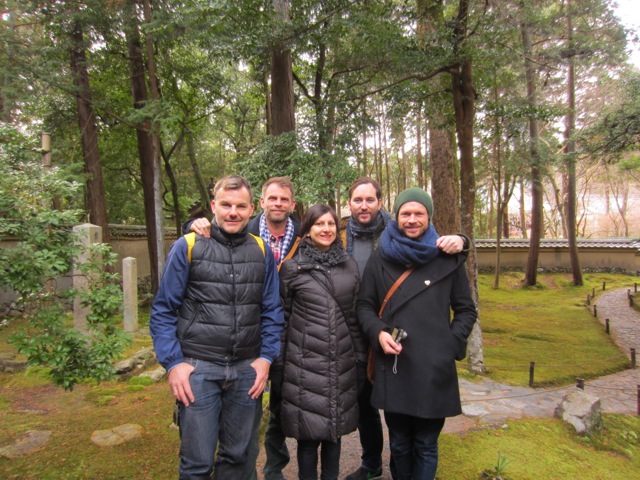 You have to turn 40 somewhere. I chose that somewhere to be Kyoto after finishing a few assignments in Japan this past December 2012. Ralph and I were joined by my friends Niels and Andrin (from Zurich) and Alicia and Matt (from Shanghai) and we all celebrated my big 40 in true Japanese style by visiting the moss temple (pictured), eating our hearts out, hiking through a bamboo grove and onsening in the buff. Japan is one of my favorite spots on the planet and radically different from any other place I’ve been. I hope to go back soon. 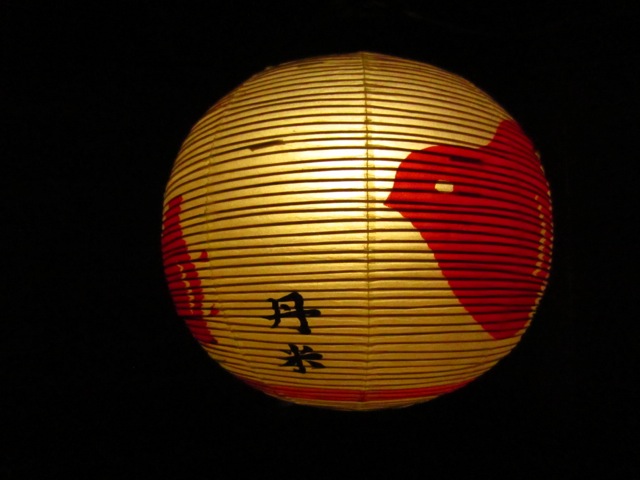 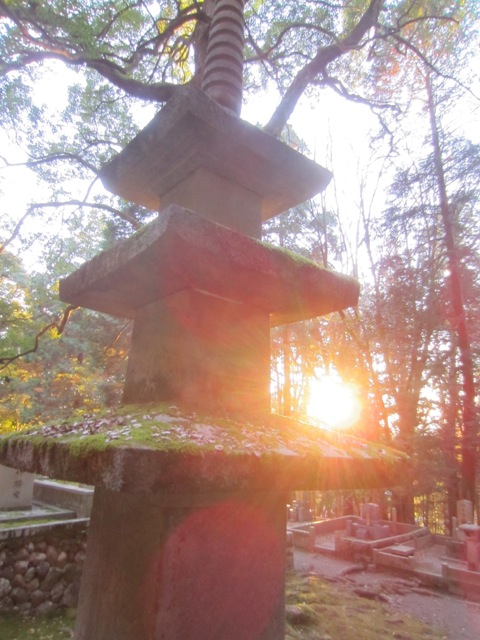 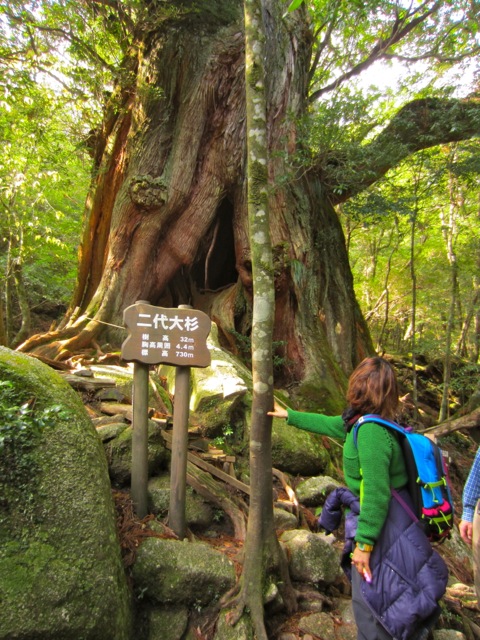 Hiking Japan’s ancient cedar forest on Yakushima Island, the inspriation behind Studio Ghibli’s Princess Mononoke, was amazing. Unfortunately, I got really sick and really put the yak into Yakushima, so didn’t get to enjoy it as much as I should have. “In ancient times, the land lay covered in forests, where, from ages long past, dwelt the spirits of the gods. Back then, man and beast lived in harmony, but as time went by, most of the great forests were destroyed. Those that remained were guarded by gigantic beasts who owed their allegiances to the Great Forest Spirit. For those were the days of gods and of demons…” from Princess Mononoke 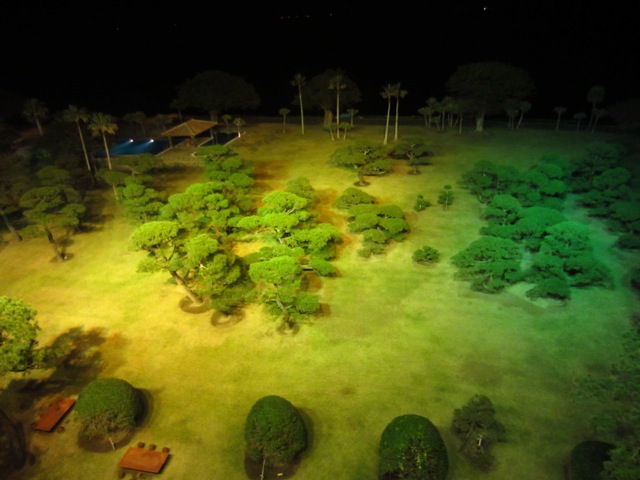 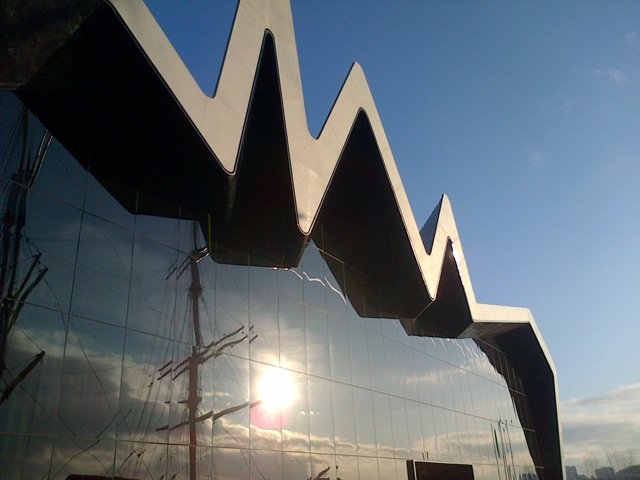 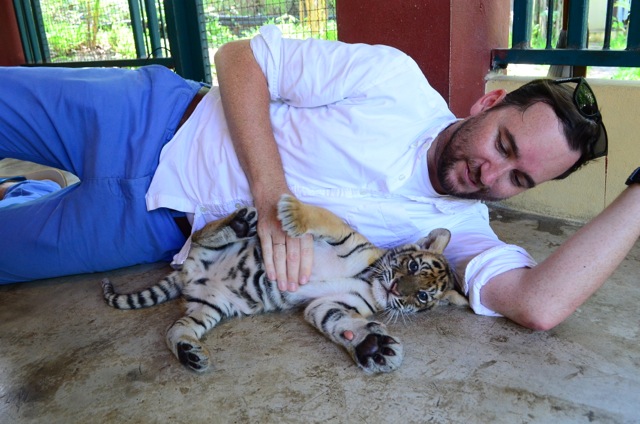 One of the many perks of my job: cuddling with baby tigers in Chaing Mai. 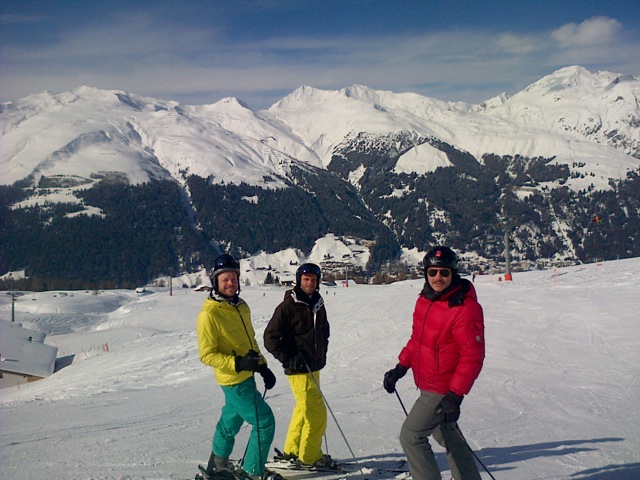 Skiing with Niels, Andrin and Ralph in Davos, February 2013. I already knew how to ski, but it turns out, skiing is like dancing. You just have to let your body lean and give way to the inertia and gravity.

View all of adam's posts.